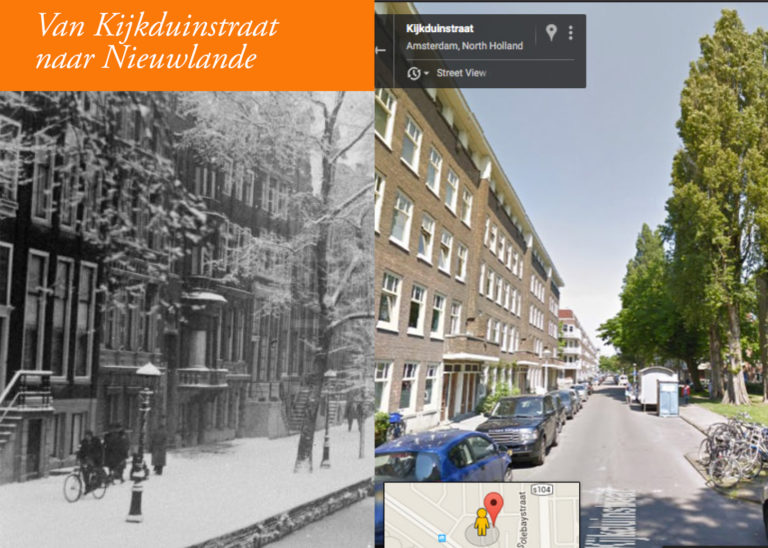 Scroll down for a history of the project and the various public engagement activities undertaken during the project’s lifespan.

This experimental documentary project explores a Dutch youth’s 200km journey into hiding from Amsterdam’s Hongerwinter, eventually his life saved by Canadian soldiers on his 17th birthday on April 13, 1945. That youth was Dirk Oostindie, born in Amsterdam on April 13, 1928 and who passed away in Vancouver, Canada on December 8, 2019.  Just a few months later, May 5, 2020 marked the date of the 75th anniversary of the Netherlands liberation by Canadian soldiers during WW2.

This website and media arts initiative connects memory and archives to a new generation considering WWII, and challenges popular thinking about heroes and victims during times of war. It gives voice to Elder’s carrying these memories, and considers digital strategies to bring archives, critical storytelling, and hidden stories to life. Scroll down to see what we created from these stories.  We are: Dirk’s 17 year-old granddaughter, Inessa Baustad-Oostindie, and Dirk’s son, Irwin Oostindie.

We brought to life his wartime experiences with the help of audio, archival images, social media, and video. This re-enactment (of sorts) took place 71 years after the icy winter events, in the summer months of 2016. From 2016-2020, the project has consisted of public engagement events in Canada, and research and documentation in Nederland. The project launch took place in Vancouver on 5 Mei 2016, a day recognized as Bevrijdingsdag. The event was a big success with Vancouver’s DUDOC full to capacity, and opening remarks setting the stage from The Netherlands’ Consul General Gert Heijkoop. Photos from social media crew AHA Media can be found here. 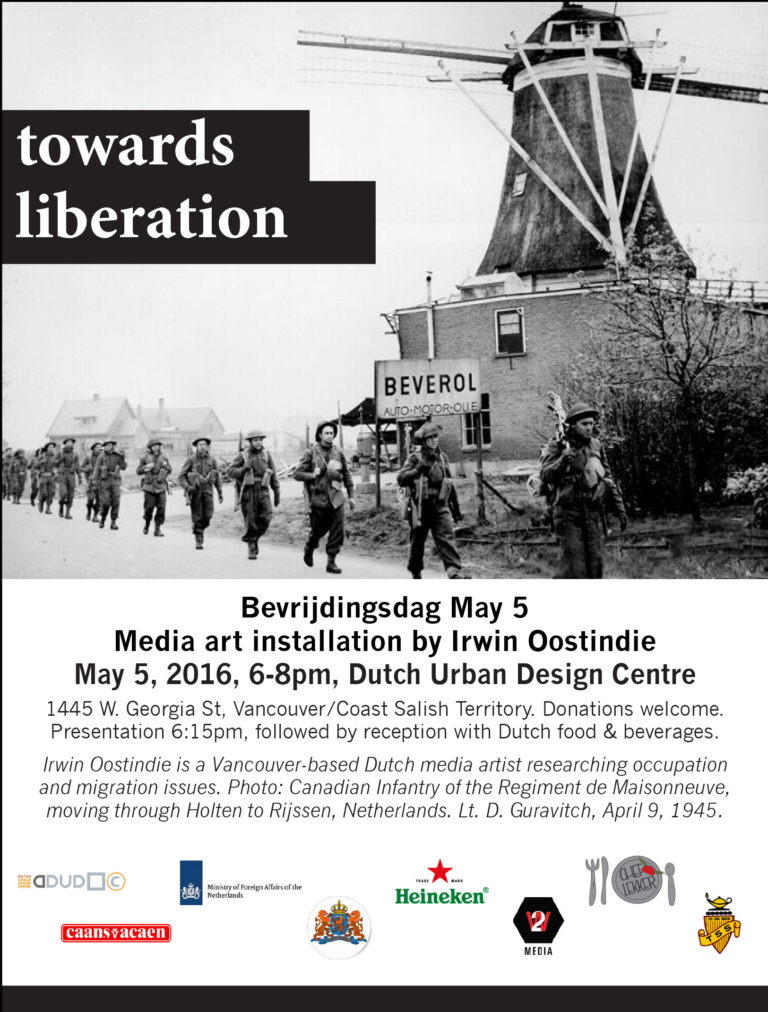 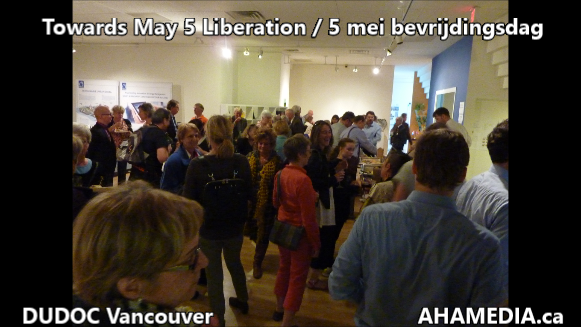 Then in August 2016, a three-week documentation tour took place for research, interviews with subjects, and documentation along the 200 km route from Amsterdam to the north east in Nieuwlande, Drenthe. At that time social media posts were made at Instagram and hours of video and still photography was made. 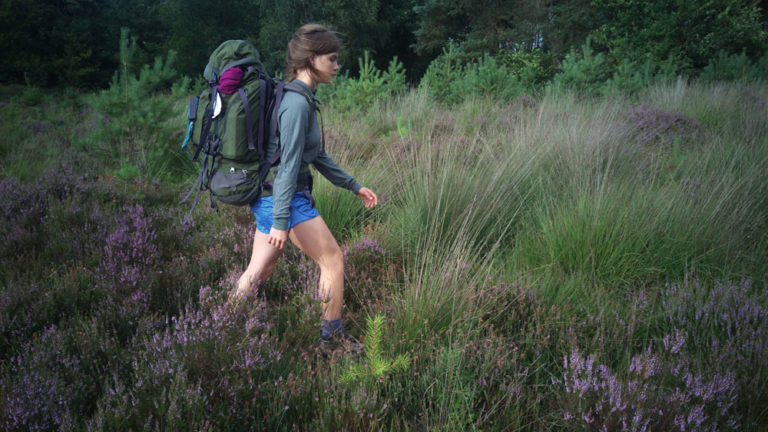 Crossing the IJ River was a monumental task for Dirk who hid on the back of a German transport truck to get thru the checkpoints. Watch and listen as Dirk recounts the heroing story to his son Irwin.

Time spent in the Netherlands included touring the Verzets Museum (Resistance Museum), interviews with artists (such as Roger Cremers at his Amsterdam Jordaan studio) and journalists on the subject of refugees, war remembrance, resistance and ‘onderduikers’ (those who lived underground.) 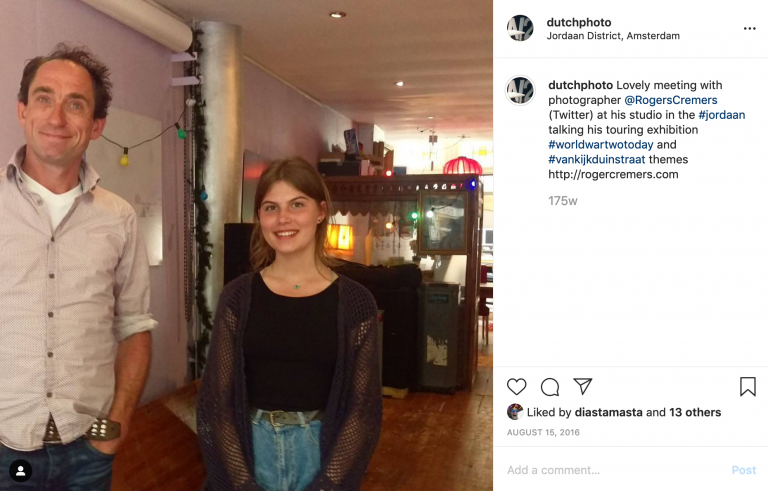 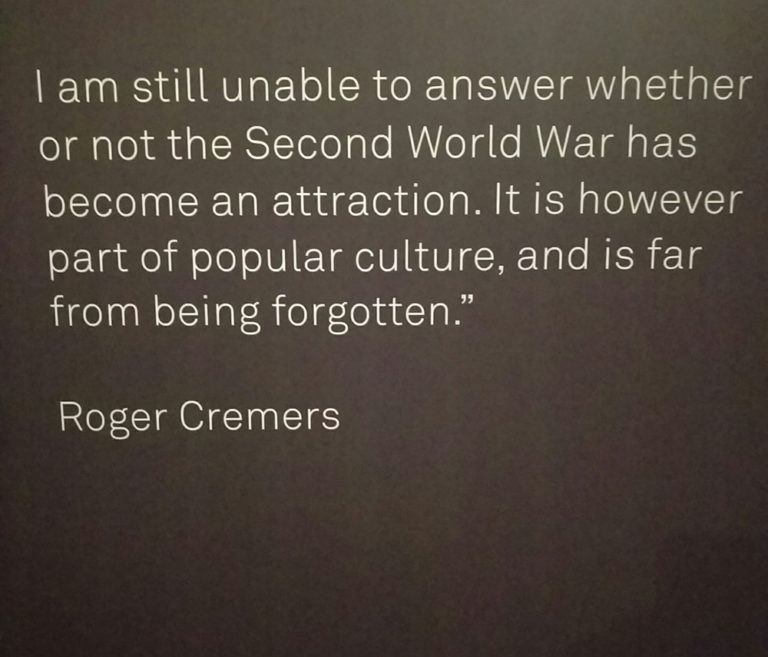 Back in Vancouver, Canada on November 10, 2016 a presentation for highschool students was held at Templeton Secondary, East Vancouver, for 700 students and teachers. It was an exciting opportunity to inspire hundreds of youth to interview their grandparents about their wars stories from all around the world, and to question what (or who) defines ‘just’ wars and who remembers the civilian casualties of war. Youth grow up being told the merits of Canada at war, and yet young peoples’ own families experience in surviving war in their home countries is somehow of less importance.

A presentation was made at art salon ‘Not Sent Letters’ in 2017, including (photo below) Inessa, Dirk and Irwin sharing stories. A video was made of the talk and can be found here (includes voices of Dirk, Inessa and Irwin). 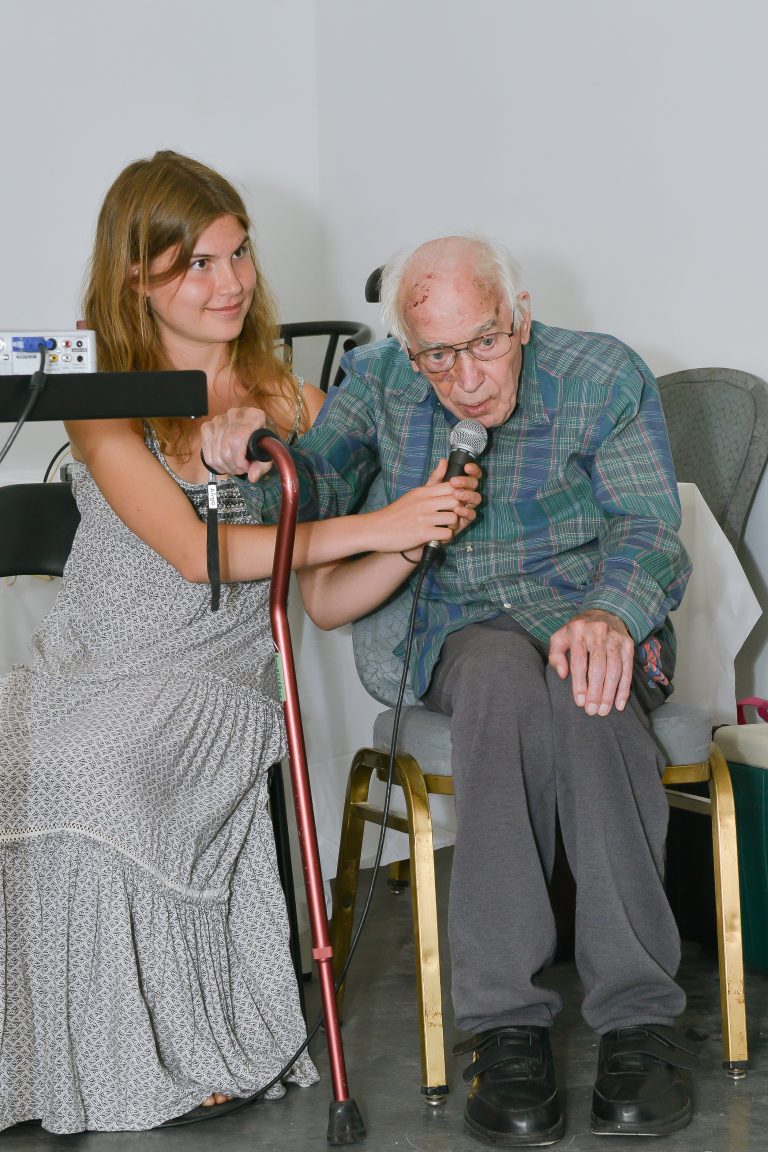 From February 12-17, 2018 a media arts installation, Van Kijkduinstraat, was mounted at the Kits Point Military History Museum, in Vancouver.  The installation can be viewed here and included 4 channel video, sound, documentation, archives, and public engagement. 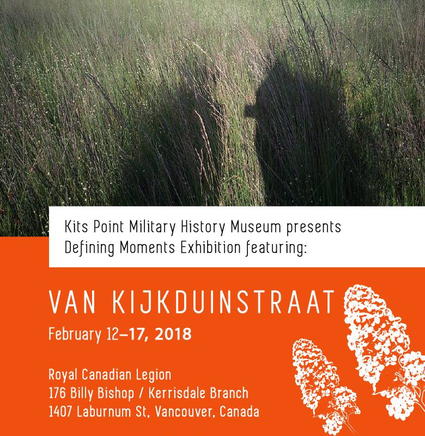 Van Kijkduinstraat is a multi-channeled media arts installation commemorating the emotional story of the artists’ father and grandfather, Dirk Oostindie, who as a Dutch youth escaped the ‘Hunger Winter’ of Amsterdam under Nazi occupation during World War II. The work illuminates Canada’s role in the liberation of the Netherlands. Even today, Canada is fondly remembered by the Dutch, as liberators, who in 1945 rescued millions from distress and starvation. Curators, Laura Lee Coles and Gayle O’Hara recognized that Van Kijkduinstraat resonates a “defining moment” in Canada’s military history and engages viewers by way of its multi-layered expressiveness.  It is a poignant national and local human-interest story and it was chosen to be the museum’s inaugural public art exhibition funded by Vancouver Cultural Services.

In 2019 a paper was presented at the Canadian Association for the Advancement of Netherlandic Studies conference held at UBC, in association with the Congress for the Humanities. “Van Kijkduinstraat: Reconciling memories of liberation 75 years later” confronts the contradictions about how war is remembered and why it is important in the context of the 75th Anniversary of Canada liberating the Netherlands. 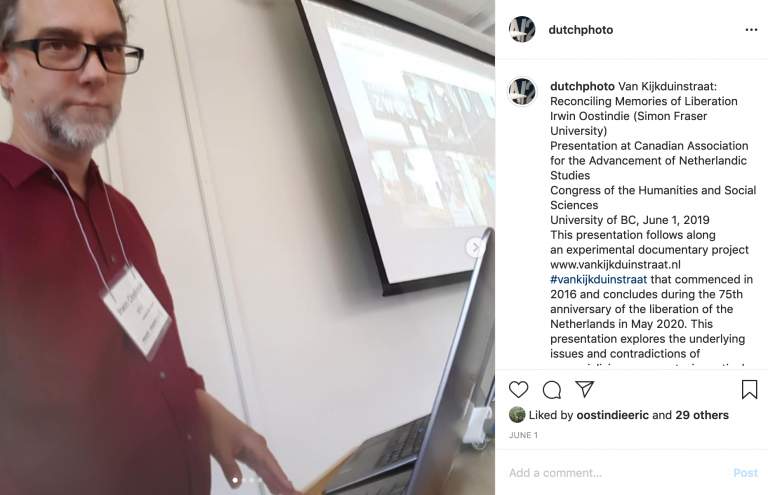 In 2020, Canada and the Netherlands were getting set to celebrate the 75th anniversary of liberation. Given COVID19 and events and discussions cancelled, we welcome you to share our Van Kijkduinstraat paper (PDF) with your networks as it contributes (virtually) our perspectives on the impacts of war on civilians, the function of war remembrance in building particular nationalist identity, and those forgotten in the spectacle of anniversaries.

Thank you for your interest, please share your comments with us.